Over 12 Million Views for SEL Day!

Governors in seven states—Connecticut, Delaware, Nevada, New Jersey, Pennsylvania, Texas, and Vermont—declared March 26, 2021 SEL Day. In addition, several cities and school boards issued proclamations and resolutions, including: NJ State Board of Education, City of Houston, City of Austin, City of Hackensack, Bloomfield NJ schools, and Roselle NJ schools. We appreciate the advocates that helped bring this attention to SEL in their states! 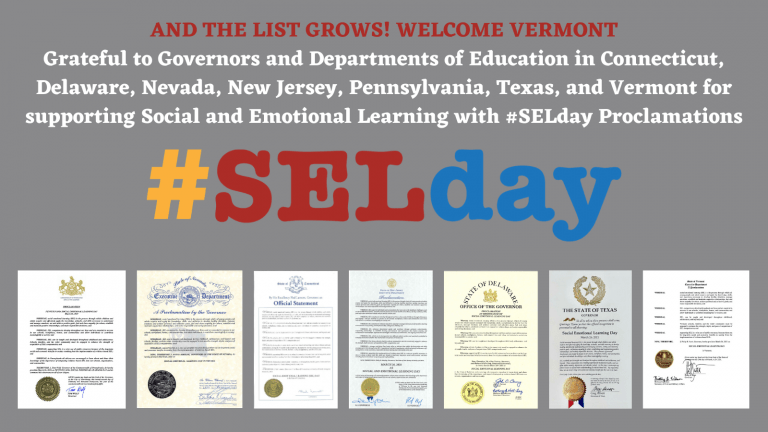 SEL Day was also recognized in the U.S. Congressional Record thanks to Ohio Congressman Tim Ryan. We are so grateful to Congressman Ryan for his ongoing leadership for SEL! 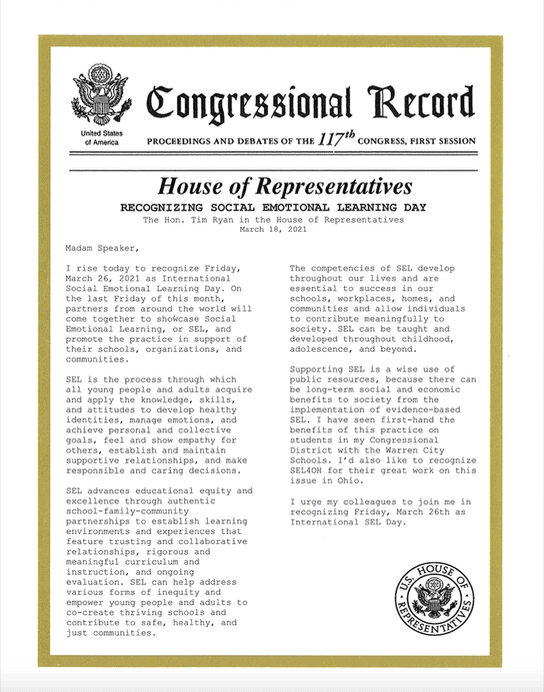 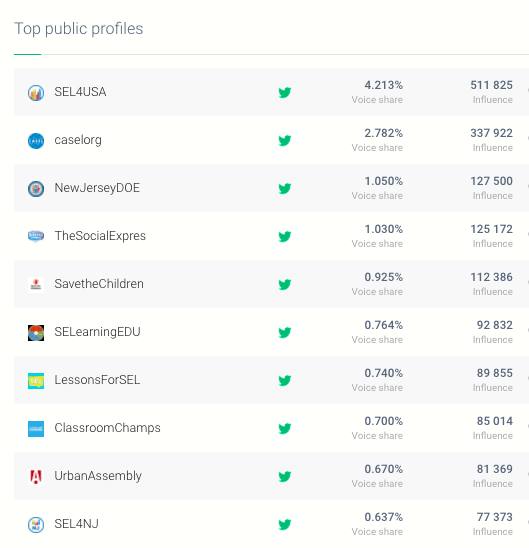 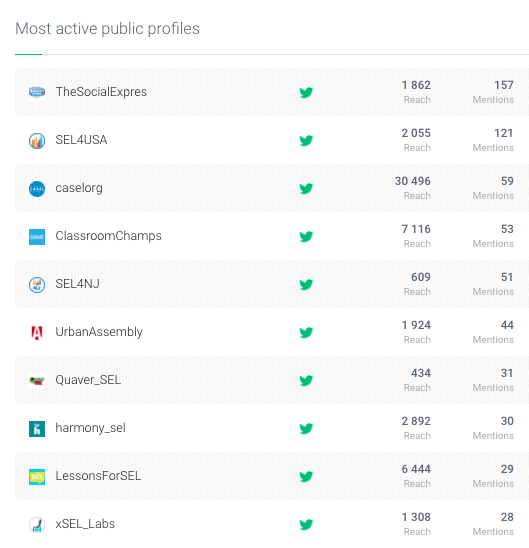 Congratulations to the 145 people who earned 475 #SELday badges for their efforts to showcase, promote, advocate, and support SEL! 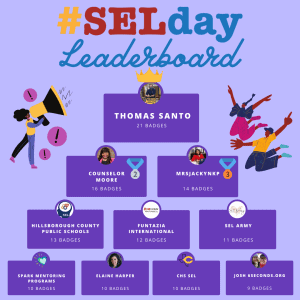 The Urban Assembly and SEL4US invite communities across the globe to celebrate the importance of social emotional learning (SEL) on the second annual International SEL Day on March 26, 2021. Our theme this year is Building Bonds, Reimagining Community.

Working Together We Can

Participate in Many Ways

Highlight SEL best practice in your school, organization or community with an article, video, podcast or other artifact.

Spread the word about SEL through social media, educational events, local media, or sharing across your networks.

Contact local policymakers, hold an educational event for them, or ask them to write a proclamation in support of SEL.

Organize an SEL Day activity in your school, organization or community, or donate to an SEL organization.